Is this a title decider? Despite it being so early in the season, this game has a lot riding on it. Manchester City starts the new year ten points clear of this weekend’s opponents and closest rival Chelsea. City goes into this game with flying form as they have picked up a perfect fifteen points from their last five matches. Chelsea however has struggled for rhythm over the Christmas period, only winning one in their last five drawing the remaining four. Chelsea manager Thomas Tuchel will be looking to replicate last season’s form, as he managed to beat the Citizens on three consecutive occasions. The pick of the bunch was the 2021 Champions League final, where the blues went on to win 1-0 with a goal from German forward Kai Havertz.

This game means something different for both teams but no matter the result it will be a statement of intent from either side. City will be looking at this game as a great chance to solidify their dominance. If Chelsea can’t beat us who can. Pep Guardiola’s men will feel they truly have one hand on the title if they win this match. If they lose, however, will a shade of doubt be cast in the players mind? I expect the Citizens to be full strength and fully focused on the task at hand. We are definitely in for an action-packed 90 minutes, whatever the result.

Are they still in this race? After the final whistle, Chelsea will certainly hope so. A win at the Etihad will do wonders for the blues mentality going into the second half of the season. Belief, energy and commitment will be key if they are to get a result, I believe Tuchel will have a plan and it’s up to his players to execute it to perfection, otherwise, it could be a long 90 minutes for the Londoners.

Despite City’s fantastic form of late, Chelsea is desperate for a result. I believe with the added fitness boosts of Thiago Silva as well as the energetic Frenchman N’Golo Kante their starting line-up is looking a lot stronger than it was before. Thomas Tuchel has previously shocked the league by producing a 2-1 win for the blues at the Etihad last year, and with City only producing one clean sheet in their last four games I fully expect Chelsea to capitalise on the Citizens defensive frailties.

I’m not expecting loads of cards as the referee in charge for the 12:30 kick-off is Craig Pawson. Pawson is fairly stingy with his cards averaging only 3.77 cards a game. Like the last preview, I have chosen Rudiger again as he can be a reckless tackler. With tricky dribblers like Phil Foden, Bernardo Silva and Raheem Sterling possibly being on the pitch, there is a good chance a mistimed challenge on these players results in the German seeing yellow for the 5th time this season.

My surprise pick for a yellow card is Bernardo Silva. With City averaging 8.8 fouls a game, most of these come from stopping opponents counter attacks. Small clips on the heels or a tugged shirt here and there all add up, the main culprit for these niggly fouls, Bernardo Silva. The Portuguese playmaker has already racked up five yellow cards already this season, however, wait for the release of the lineup as Pep’s squad rotation could kill any bet before the game has even kicked off.

To provide the most accurate sports betting tips, we wait until we’re closer to kick-off to ensure we know what the squad line-up is. I will be posting a full breakdown of what bets to place on our website before the game. We will also be covering this on our Twitter, so join us for some fun and be sure to check in before the game! 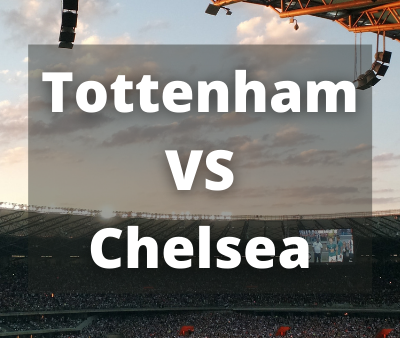 2 Winners Of The $632.6 Million Powerball Jackpot
5 days ago

Is Bingo Becoming Popular For Younger People?
5 days ago