The Carabao Cup second leg gets underway this Wednesday and will be a crucial game this week. The first leg saw Chelsea best Spurs in a one-sided 2-0 victory for the blues. It’ll be a night to forget for the north London side as they failed to register a single shot in the first half. Japhet Tanganga’s own goal left Tottenham faithful with their head in their hands.

Antonio Conte’s side has taken another blow as key man Heung-Min Son has been ruled out with a muscle injury. Any chance of them reaching their second Carabao Cup Final in the row is looking very slim. However, Chelsea will want another fast start to the game as an early goal for the lily whites could open up the tie.

With a place in the final up for grabs and an early chance at silverware, Chelsea cannot afford to rest on their laurels. Despite the fairly routine victory at the bridge last Wednesday, their recent form has been far from routine. The Christmas period has been challenging for the blues as they sit ten points behind the league leaders Manchester City, with a monumental game at the Etihad to face Man City this weekend. With that fixture in mind, I believe Thomas Tuchel will have one eye ahead on that tie, so expect some rotation against Spurs.

Chelsea are not the only ones with a massive game on the weekend. A small matter of the North London derby takes place this Sunday. Tottenham will be desperate to get something from that game as they lost earlier this season 3-1. Despite the big game, I believe Tottenham will have no problem playing their big guns for the semi-final. They have the luxury of an extra day’s rest, so the likes of Harry Kane and Lucas Moura will be players to keep an eye on this Wednesday. Tottenham manager Antonio Conte will be looking for a quick start from his team, looking to make up for their dismal performance last time out. I expect the home crowd in full voice and a few naughty challenges from the first whistle.

Going into this game, Tottenham has a lot more to prove, and that is why I can see them having a much better performance this time around. The first leg was a huge disappointment for Spurs, so a reaction is necessary, Conte will be demanding and expecting a positive performance. As mentioned above, they have the advantage of going full strength, and their only big miss is Son. However, Chelsea will have at least six players missing, with many of them being regular starters due to injury or COVID. With the City game on the horizon for Tuchel’s men, this is a perfect opportunity for Tottenham to turn this tie around.

Oliver Skipp has received six bookings already this season. His role requires him to protect Tottenham’s backline and stop any counterattacks coming his way. This results in the midfielder seeing yellow as he looks to disrupt the rhythm of the opposition team with a tactical foul. With the tempo being high and it historically being a feisty affair, I fully expect him to be strong in the challenge this Wednesday, especially after avoiding a yellow card in the first leg.

Looking at the Chelsea team, defender Antonio Rudiger looks like a prime target to receive a yellow card. The German is known for his no-nonsense tackling, and he’ll relish the hostile atmosphere. The stats also show he has the most cards in the Chelsea squad, with four tied with Marcos Alonso and Reece James.

Andre Marriner is the referee for this matchup, and at 4.4 yellows per 90, he is more than happy to dish out cards when necessary.

To provide the most accurate sports betting tips, we have to wait until we’re closer to kick-off to ensure we know what the squads look like. I will be posting a full breakdown of what bets to place on our website before the game. We will also be covering this on our Twitter while following the game, so join us for some fun and be sure to check in before the game! 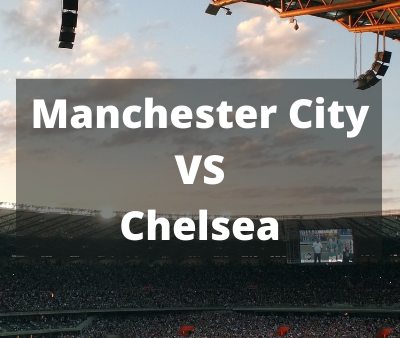 2 Winners Of The $632.6 Million Powerball Jackpot
4 days ago

Is Bingo Becoming Popular For Younger People?
4 days ago