Who Will Win The 2020 NBA Championship? 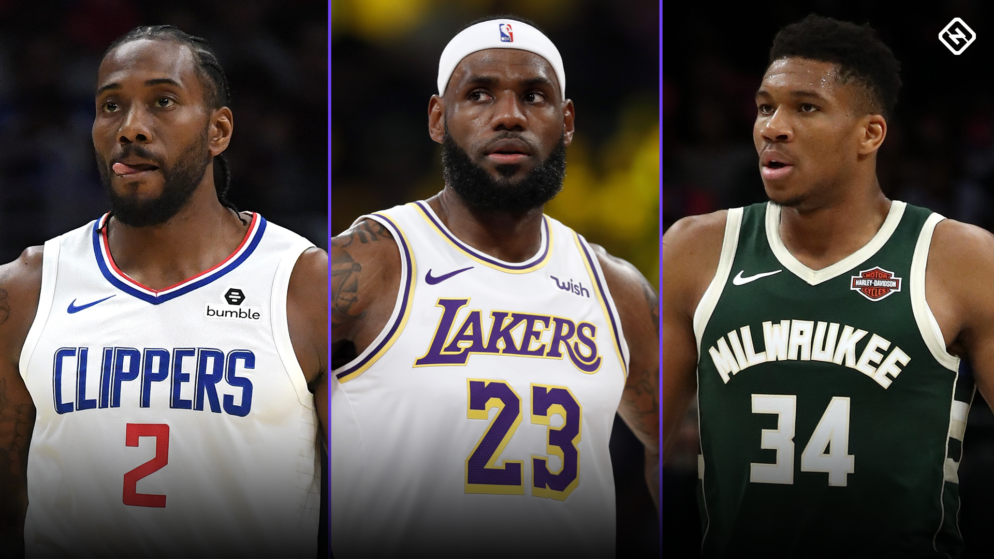 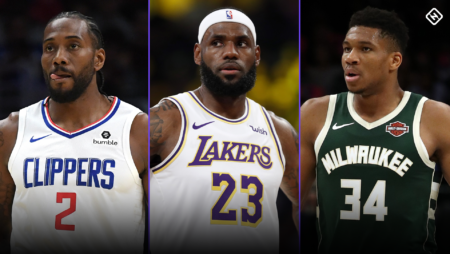 So who will win the 2020 NBA Championships?

Despite the continued coronavirus menace, the NBA is going ahead with its proposed plans to restart the 2019-20 season in Orlando at the end of the month. As teams are gearing up for the restart, we will attempt to find an answer to the only question left to be answered in the coming months when players finally take to the court.

This is the rule for what makes an NBA champion; an MVP type superstar performing at the peak of his game, supported by one or two other stars and very good role players who will help to run the playoff gauntlet. Kawhi Leonard was that MVP quality player for a strong Toronto Raptors team last year. Before him, in this decade, were such players as Kevin Durant, LeBron James, and Stephen Curry. But there are exceptions to this rule.

Of all the players listed above, it was only Leonard that couldn’t get a Maurice Podoloff Trophy to his name although he has two Finals MVPs and two Defensive Player of the Year awards to his name. He also has two top-three MVP finishes from his time with the San Antonio Spurs who were the exception we spoke about earlier. They were led by an aging Tim Duncan, Manu Ginobili, and Tony Parker. One could argue that they were already four-time champions with a roster containing four future Hall of Famers including a top-10 all-time player.

Most fingers point to the 2004 Detroit Pistons as the major exception to the NBA rule because they were the last team to win the championship without an MVP on the team. One might argue that the team was chock-full of quality players with Rasheed Wallace, Chauncey Billups, Ben Wallace, and Richard Hamilton on the roster and these players turned out to be multiple-time All-stars.

Which NBA team makes the grade in Orlando?

The Los Angeles Lakers have James, a four-time MVP, and Anthony Davis, who came third in the 2018 MVP race.

The Milwaukee Bucks have Giannis Antetokoumpo who is likely to win his second MVP in the current campaign. Then there are the Los Angeles Clippers who have the proven Kawhi Leonard and Paul George, who finished third in the 2019 MVP race. There is also The Houston Rockets with a pair of MVPs on their roster in the persons of James Harden and Russell Westbrook. It will come as a surprise to no one when they learn that the four teams above have the best odds of winning the 2020 NBA championship according to BetMGM.

But does anyone know what it takes to win a title in this time of a pandemic when depth might be more important than star names? We may be about to see a team in the mold of the 2004 Detroit Pistons rise to the fore to clinch the title. If that is the case, then the net will be widened to include the Philadelphia 76ers and Boston Celtics whose rosters contain potential star names chief of whom are Joel Embid and Jayson Tatum, respectively.

The Raptors have adapted well to losing Leonard and this gets them on the list. After all, they still have a well-stocked roster featuring two 2020 all-Stars and Marc Gasol, a former Defensive Player of the Year. Doubts remain over Pascal Siakam who may never reach the highest level. The Miami Heat with a roster containing All-stars Jimmy Butler and Bam Adebayo are on the same rung as the Raptors. The Utah Jazz might be on the same pedestal as the Raptors and the Miami Heat if only they had not lost Bojan Bogdanovic to a surgery that ended his season.

If we widen the net further to include teams with potential MVP players, then the Dallas Mavericks and the Denver Nuggets with Luka Doncic and Nikola Jokic respectively will sneak into the conversation. Duncan was not an MVP when he led San Antonio to the 1999 title in a lookout-shortened season. Doncic could do the same for the Mavericks in this health-ravaged season. Note that the San Antonio Spurs also had David Robinson on their roster at the time, four years after his MVP campaign. Kristaps Porzingis and Jamal Murray may not offer Doncic and Jokic the co-star quality Robinson offered Duncan although Porzingis had that quality before his knee injury.

The list is already as broad as it can be. The Oklahoma City Thunder and the Indiana Pacers cannot sneak into the title conversation. They would have had better claims with a younger Chris Paul and a healthier Victor Oladipo respectively.

It would be a real shock if the title does not go to the Bucks, Lakers, or Clippers and even more surprising if the NBA doesn’t land squarely in any of Houston, Boston, or Philadelphia. The Jazz, Heat, Raptors, and Nuggets are just slightly below what a title-winning team should be and the Mavericks will need more time to be at the top again.

The last seven title winners have recorded a top-five offensive rating and only one of them failed to record a top-10 defensive rating during the regular season. The 2018 Golden State Warriors were flying towards their third title in a fourth straight finals campaign and posted an 11th-ranked defense. The past seven champions finished their dominant season with a top-four net rating, with Toronto’s 5.8 points per 100 possessions last season the lowest of the last seven. The 2001 champions, Los Angeles Lakers with a 3.5 net rating are the only champions in this century with a net rating lower than 4.1.

Only six teams have net ratings above four points per 100 possessions this season;

Houston follows with a net rating of 3.4. The team has not played together enough since trading Clint Capela for Robert Covington hence the opportunity to determine whether they made much of an upgrade hasn’t quite presented itself. Their style of play might win them a series or two but it cannot sustain them against the Lakers, Clippers, or the Bucks over the final three rounds of the playoff.

The Sixers did not make this cut because of their poor offense. Their only hope of redemption is that the restart marks some sort of renaissance for them, one in which their in-game chemistry improves exponentially.

Since Dallas’s starting center Dwight Powell tore his Achilles, the team’s rating has fallen to 3.9 and their poor defense takes them out of title conversations. The only team to have won a championship with a defensive ranking worse than 11th had Kobe Bryant and Shaquille O’Neal to carry them across the line.

Toronto has the opposite of Dallas’s problems with its own limitation coming from the offensive department. There are fears that they may miss Leonard’s magic.

The longest shot remains the Celtics who have more capable playmakers than their competitors. Tatum has improved tremendously this season, he might be the best player on a title-winning team at the end. Jaylen Brown has shown the same promise as Tatum such that most people might wonder at the end why they doubted Boston. Their center could have benefited from another shooter off the bench and the health issues of Kemba Walker and Gordon Hayward has been a cause for concern but if both were healthy enough to provide support for Tatum, they would have something akin to 2004 Pistons and Marcus Smart might be their Ben Wallace incarnate.

The Bucks remain the favorites since they have a clearer route to the finals. The biggest issue for Milwaukee is whether their offense will be stunted if Antetokounmpo is stopped from getting into the paint. Khris Middleton and Eric Bledsoe do not have the same quality as secondary creators seen on title teams which place most of the burden on the shoulders of Antetokounmpo but this is what is often asked of MVPs.

Without Avery Bradley and Rajon Rondo, The Lakers lineup becomes grossly underwhelming only outscoring opponents by 2.3 points per 100 possessions. The quality of their role players may not be enough to get them the championship.

The team with the best traditional NBA spice is the Clippers. Leonard has MVP quality and George is not too far behind. The team can string offenses together even when both stars are not involved with Lou and Montrezl Harrell picking up the slack. The team also has good defenders to make their offensive strength count. They might be considered the most complete team in the NBA.

The Clippers should win the 2020 NBA championship barring any unforeseen injuries.

Check out all our sports book reviews here – And see the below offer for Lakers, Clippers or Buks to win the NBA Championship at 20.00. 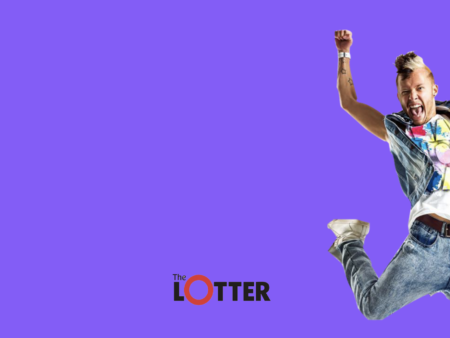 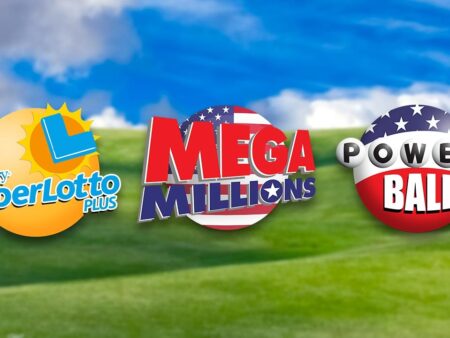 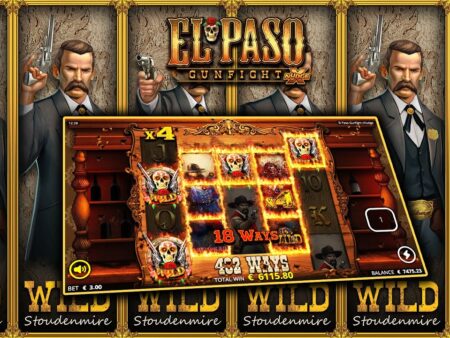